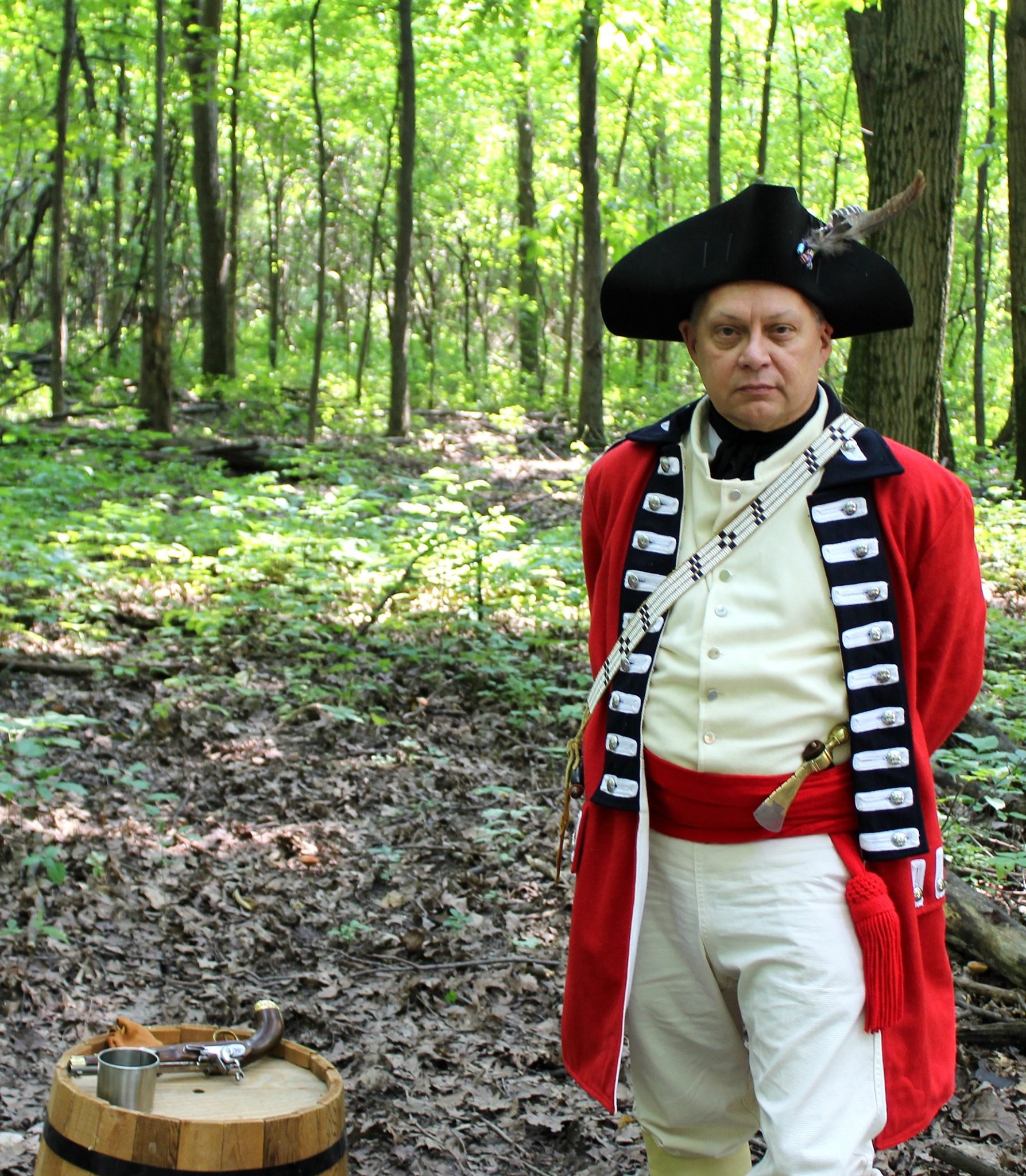 Alexander McKee was a man caught between two worlds. Dissatisfied with the colonials during the Revolutionary War, he and the Girty brothers, Simon, James, and George, offered their services to the British. As a young man, he began working with traders who did business with the Indians of the Ohio country. He was twice married to Native American wives. He developed a lifelong relationship with the Shawnee and other Ohio Indian tribes. McKee worked closely with the British at Detroit and was labeled a traitor by the colonists.

As part of Britain’s Crown Indian Department, McKee established a series of trading posts in the Maumee River valley. The main trading post was located near the future site of Perrysburg, Ohio. McKee and Matthew Elliot built a trading post at the “Glaize,” the confluence of the Maumee and Auglaize rivers. The post consisted of two log structures enclosed by picketed walls. James Girty, of the Girty brothers, was an occasional visitor. McKee used the posts to pass out gifts to the area’s Native Americans in order to ensure their loyalty to the British during the 1780s to the early 1790s. Anthony Wayne destroyed both trading posts along with many Native American villages and their crops after his victory over the Indian Confederation at the Battle of Fallen Timbers, August 20, 1794.

The Tuttle Museum welcomes Dave Westrick back as a presenter whose first program highlighted the life of Simon Girty. Westrick is from Maumee, Ohio, and is a retired communications consultant and historical researcher specializing in the 1794 era. He is a former president of the Fallen Timbers Battlefield Preservation Commission. He has worked to preserve the battlefield and the Fort Miami’s National Historical sites for almost twenty years.

The free Town & Gown program will be presented at the Stroede Center for the Arts, located at the corner of Third Street and Wayne Avenue. The Thursday, October 21, program begins at 7:00 pm. Masks are required. An easy access entrance is located on the Third Street side of the building.

The Town & Gown series is sponsored by the Andrew L. Tuttle Memorial Museum. The Tuttle is located at 514 West Third Street. The museum is open and free to the public 10:00 a.m. to 4:00 p.m. each Thursday, and 1:00 p.m. to 4:00 P.M. the first Sunday of each month. It is closed on holidays. Follow the Tuttle Museum on Facebook or at www.tuttlemuseum.com. Contact the museum at thetuttle@cityofdefiance.com or call 419-782-0746.